Sliding beneath the surface review 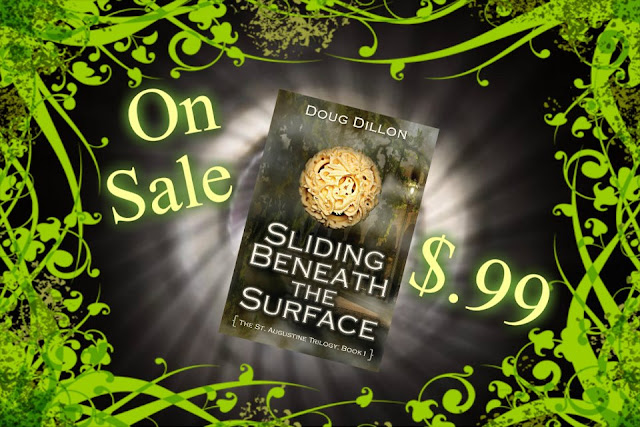 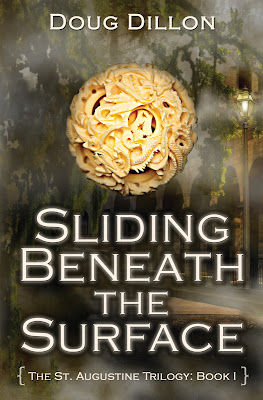 The St. Augustine Trilogy Book I

A new resident of America's oldest and most haunted city, St. Augustine, Florida, fifteen-year-old Jeff Golden suddenly finds himself up to his eyeballs in frightening paranormal experiences. At the end of his rope
in trying to figure out what is happening to him, Jeff decides to rely on his
friend Carla Rodriguez, and Lobo, an old Native American shaman, for help.

Despite this guidance, things get even worse. Jeff's spine tingling encounters increase in number and intensity at an alarming rate, scaring him even more. Eventually, he makes the startling discovery that unresolved circumstances involving a bloody event directly out of Florida's
distant past threatens his sanity and possibly his life.

Finally, overwhelmed by forces he cannot understand or control, Jeff's world shifts from frightening to downright terrifying. In desperation, and on Lobo's advice, he leaps headlong into the unknown in order to save himself. What Jeff discovers though is that he has entered a level of reality he is completely unprepared to handle while unwittingly dragging Carla with him.

Like all the books in THE ST. AUGUSTINE TRILOGY, the premise for Sliding Beneath the Surface is simply this: You create your own reality. 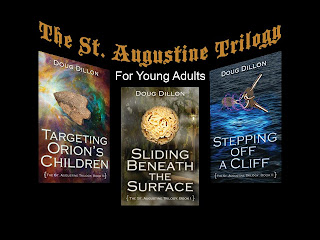 This books about a boy with very bad issues, his name is Jeffery Golden.  His problem is that a ghost or spirit whichever you choose to say is trying to contact Jeff by giving him nightmares. Jeff keeps waking up to a bayonet sticking out of his chest.

Jeff is best friends with a girl who takes him to meet a man named Lobo. Lobo is a Native American Shaman. I thought that was so cool. I liked the adventures the kids get into. And I liked how mixed up past and present were in the story.

In my opinion I don't recommend this book to little children because it's got some swear words. But I'd say maybe grade 6 and up. I am 9 years old if that helps you to decide.

Over all I rate this book 4 out of 5 stars because it is very imaginative and fun to read.

Disclaimer: My mother received this book from the Author for me to review. I want to thank the author for introducing me to a part of the world I may never have gotten to see. Florida. My review is all my own, and no one made me give it any set number of stars. 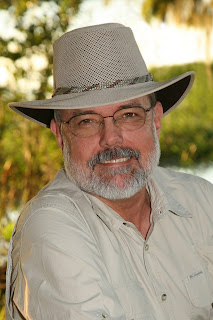 I shut Lobo’s door behind me without putting on my jacket and took a big breath of cold air. Standing there for a second, I felt like I had been running hard. God, my heart pounded so hard I thought it might split wide open, and that stupid headache throbbed even more. I hated leaving Carla like I did, but the time to get out of there had come.

Being away from Lobo was such a relief. With my eyes closed, I took another deep breath and let it out slowly. All that had gone on that afternoon rushed through my mind like a flooding river. Instantly, those panicky urges to turn around and run away while walking towards Lobo’s place with Carla popped up in my head. I opened my eyes again only to see that everything had gotten a lot darker than it was seconds before. A massive fog bank had somehow moved in over Matanzas Bay and already covered most of Lobo’s dock. As I watched, the rest of the dock disappeared into all that gray stuff as if it had never been there. Rapidly, a smaller wave of fog rolled over the tip of the peninsula and headed right for me at a speed fog should never move. It all happened so fast, I had no time to think or act. Long fingers of mist reached for the porch, and before I knew it, a cold wetness surrounded me.

“What the hell?” I whispered to myself. Talk about freaky. Yeah,  it scared me—so much that I even turned around to go back into the house. Believe it or not, right then, facing old Lobo seemed better than dealing with that awful, weird fog. When I turned around though, I couldn’t find the house. All I could see was fog in every direction. Even so, I knew the front door had to be there directly in front of me, right? I mean I hadn’t moved more than a couple of feet away from it, so I stretched my arms out and slowly stepped forward.

After walking maybe five or six steps, I still hadn’t found the door or any part of the house. I know what you’re thinking. You’re sure I must have been hallucinating all of that or something. I don’t blame you. To be perfectly honest, I thought the same thing at first, but that cold, wet fog was very, very real.

“Carla!” I shouted, but my voice sounded muffled. “Lobo?” I yelled. At any second, I expected one of them to open the door and answer me. No such luck. I kept shouting anyway.

When I finally gave up yelling my lungs out, the absolute silence startled me. Like a thick blanket of insulation, the fog no longer allowed any sound in from the outside world—no birds chirping, no noises from boats out on the bay or traffic in the neighborhood. Nothing but total silence. I swear, it was so quiet I actually heard my heart beating. As I listened though, I noticed a darkness creeping into the fog. I’m telling you, it just got darker and darker as I stood there frozen in fear, with my head still aching. In less than a minute, I was in total blackness with only the feel of cold, wet fog all over me. Strangely enough, I also smelled something like pine needles. Pine trees. Pine needles. Something like that.

I didn’t know what to do. Lobo’s words about spirits and danger still swirled through my weary brain, reviving the memory of that deep blackness I had seen at the bottom of his carved ivory ball. For a moment, I wondered if I was dreaming somehow, but the feel of that cold fog all over my body told a different story. I turned around several times, hoping to see or hear something, anything. When that got me nowhere, the panic really started to build. Even in the cold, I could feel sweat trickling down my back and under my arms. I had never felt so alone.

“Wait. Wait a minute,” I said out loud, closing my eyes even though there was nothing to see. “Take it easy and think.” After sucking in a couple of deep breaths of cold air, I put on my jacket. Funny how that helped. Doing that one little thing for myself also calmed me down a little. Even my headache eased up a bit.

No matter what, I said to myself, you still have to be on Lobo’s porch. All you have to do is get down on your hands and knees and feel your way across the wood floor until you find the door. Why didn’t you think of that before, idiot?