So, remember the last post I did saying I would be away? Well I just got back from Melbourne.
It was really cool, first we had to get up at 3:00 AM in the morning. Then after that we had to drive twenty six hours! So we drove 8-10 hours a day.
So enough of that boring stuff.

So on the trip we did a whole load of things.
We went to the Melbourne Gaol, that's the way jail was spelt way back in time.
We also went the the Melbourne Aquarium and zoo, Polly Woodside, which is a ship.
And the last thing we did was the Galactic Circus, which we played M9 Laser Tag in.

But some of the things I didn't really like, because they were noisy, everyone was yelling and screaming, like, I can take a bit of noise, but some of the kids just, spazed out.
It was pretty cool getting to see sea animals, I never have before. The Gaol was pretty interesting too. I was actually standing somewhere that a criminal stood, there was a very special man in history who died in there too. His name is Ned Kelly, He was a bush ranger. Is there anything else I'm missing? I don't think so... I think that's all I have to write about..
Posted by Unknown at 14:16 No comments:

So guys!Today I've done some Photography, I made a collage of photos I took, But it isn't very good.
And mum got me to take these photos to find out about Shadows! But there isn't very much to it though, that's the problem, but I shall inform you people a little about Shadows. 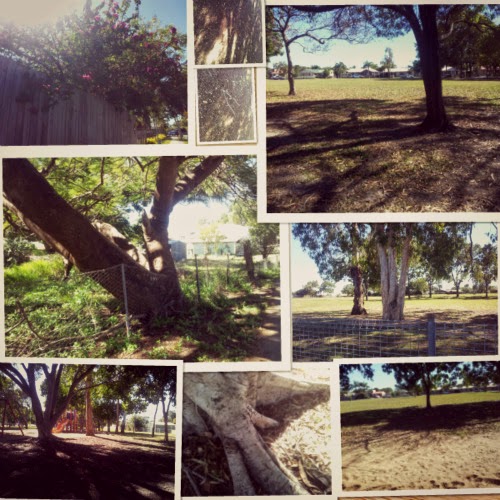 So you see that dark part? That's the shadow obviously, but what makes it? I looked up what makes shadows, and Google said,''Shadows are made by solid objects blocking the sunlight's rays'' Those aren't what it actually said, those are in my own words.

So another thing we call shadows are called ''Umbre's''  and the things that block the suns rays, which make the visible light we see, are called ''Penumbra'' Those shadows in those photos are Umbre's, and the trees are the Penumbras, just to make sure you guys know. Also if you feel cooler in shade, that's because there's no rays shining on you.

Well, guys I don't really know how to wrap this up but, if you want to know more about shadows then here's the link to where I found the stuff out at. It's also a great site to find other things out about too! And it's not all boring teacher explanations, I hope you enjoy!

This is it: http://science.howstuffworks.com/shadow-info.htm
Posted by Unknown at 12:01 No comments:

So guys! I'm going to do MineCraft photography, so like, sometimes when you spawn into worlds you see really nice things, such as this cool mountain! 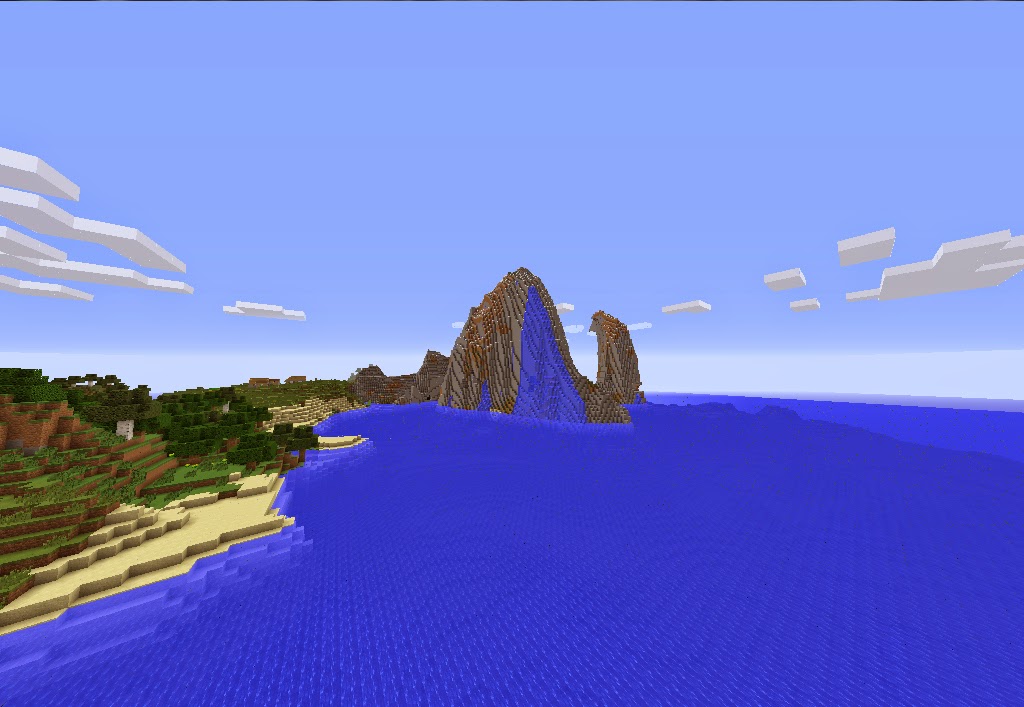 This is one of my best finds in my MineCraft history. It's actually got a jackpot. Because, number one, there's a Village, with a Black smith, who has Iron Booties and an Iron Helm, if you look very carefully you'll see it. Number two, there's that nice big mountain for you miners, and finally there's a dungeon, but I didn't take a picture of it. I'll have to take a close up on the Dungeon and Village. And all of that nature is organic,if that's how its said, even the mountain is real. Next time when I get a seed like these I'll give you the seed and some photos.

Also guys, I've figured out how to use Command Blocks, well, kinda sorta, hers what I do.
So I guess when I finish school this after-noon I'll just randomly generate worlds, take photos, and share them with you guys!

So guys, sorry I haven't done that cottage on MineCraft. But, I get carried with away playing with my friends and talking on Skype. But there is one Guy/Girl that I really don't like, He/She is really mean, Like on a server we play on they poured lava on me, then we went over to another server, and we went to do some Skyblock, so what do they do? They pour lava on me, Again! But, next time I see them, they shall pay, I shall put lava on THEM, Also remember how I said I kept getting raided when I joined factions on servers?  Well those people have made me a Cold-Hearted slayer, I kill everyone in PVP and PVE, If they're equal and All the times I got raided, I put really good work into those factions, Even if they were stingy factions. But now, I betray them, Every faction I join, I end up destroying, Except for ones that have people I know really good in game.I get those people raids, And we DOMINATE.
It's just so fun, Imagining how much stuff the other people got.I get SOOOO happy when I raid someone. It just feels good, They've turned me into a monster. But on other servers that aren't like those ones, I'm nice to everyone! I'm not a Griefer or a Troll on MineCraft, But I'm forced to do it, Anyway, Payback's a total kick in the butox. Anyway enough of that dark stuff, But It really has taken over me.


I'm also going to research that Red spider in the nether in MineCraft.I'm not sure It's real though. I've never seen it in the nether in survival so, yeah, I've been there many times on adventurous adventures, Slaying Ghasts, Blazes, Zombie Pig Men and Wither Skeletons.I'm thinking it might be like a poisonous cave spider, just instead of poison it could be fire, and take fire damage, which is half a heart per second.Also did you guys know that gold things are as weak as wood things?

So guys that's all I have to write about today! Bye!

#Stompy Out
Posted by Unknown at 11:56 No comments:

Email ThisBlogThis!Share to TwitterShare to FacebookShare to Pinterest
Labels: Minecraft

So, Hey guys!
Guess what? I found out how to get the screen shots, After a bit of messing around with that capture it plus app.


I actually took a few screen shots but they weren't really rare things, Unless this is! I obviously spawned the spiders but, I'm not sure how the wither skeleton got on it, I didn't even see it.I guess maybe it spawned on it, Or because It registers as a skeleton in the coding it was allowed to hop on it, I don't know!
I wonder if I  could spawn it with a bow, In a command block. 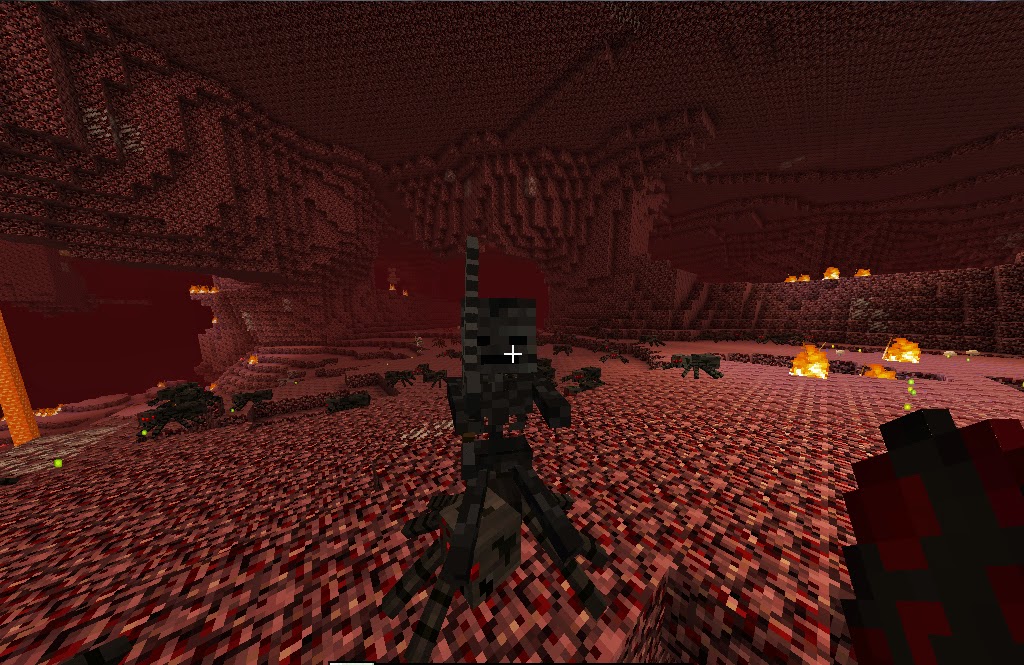 I was also Experimenting to see if I could spawn a Rare, Red Spider, My friend said you could.
But one weird thing I kept on seeing was, That the spiders had potion effects on them, The ones that I saw/Looked like, Were, Strength, Invisibility, And I think I saw fire resistance. It was pretty weird, But I'll have to look up why It happens! Then I can tell you guys, Or you guys can tell me!
I was also surprised that the spiders didn't die, But that's ''MineCraft Logic''


I was also thinking of some ideas Last night, Like being able to make spawn eggs in survival.
Like, First you would get an Egg, From a chicken, Then get the Stuff the mob Drops, Then get them, Go to a crafting table and put your egg in the middle slot and surround it with the Drops.Let me give you an example, You would get Eight Rotten flesh, With an egg in the middle would make 1 Zombie egg!
But there are a few problems I've thought of, Number one, It wont get added in the new update, even if Notch would read this blog,Which he wouldn't, And number two,If you get An egg and surround it with leather You could either get a horse egg or a cow egg, I suppose it could be random eggs?Or they could add two slots for the outcome! And number Three, People have probably made Mods for it, Or others have already thought of the Idea.

So guys I think that's all I have to write about today. Also soon we're going to go on holiday so I wont be able to Update my blog and I might come back with some photos for you guys, All I'm giving away is We're going to do some Spelunking.BYE! :]

Hey guys! (I really need to change that don't I?)

So you guys are goin' to have a whole load of photo's here in a while..I've missed so many Photoshop's, So I'm gonna do them some time next week, Unless I'm busy, Could be possible. So how many Photoshop's have I missed now? Let me calculate.....Calculating...Calculating...I seriously don't know...I think it's like Eight or somethin'...But I've run out of photos to Photoshop's..

So I've got an app thingy for the photos for Minecraft! Also I've joined a new server for Minecraft too... But it's for educational purposes, I don't even know its IP or its name yet,When mum gets more info she will share it with me and I might share it with you guys...So this app thingy I've got is called Capture it Plus, Its real easy to use, but I'm not explaining it. So that's how I'm going to get the photos! But I'm sure somethings going to be in my way....Some thing always is..Anyway...

Also guys I have some building tips, If your having troubles with space under your stairs you could put down feces under the space..Or you could make a basement and it could be a Wine wrack or something!
I got this idea from mum, This is just to give her credit for thinking up the idea :)


''Need to farm a lot of sand but you don't want to waste your shovel on that? Use torches! Place a torch under the sand and the other sand blocks (on top of it) are destroyed too. Note that this technique also works for gravel.''
This is from Minecraft Wiki.

''Need to know north/south/east/west? Before setting out on a dangerous journey away from home, hit a block from the side. Don't break it; just view what direction the cracks go. There should be one going almost straight up, one to the right, and one going almost straight down. Now point the mouse downwards and do the same. Circle around until the block is in the same orientation as when you hit one from the side. The "up" crack (almost) points north! Follow that row of chunks to go straight north. When you want to return, hit a block under your feet, identify south, and head home.''
This is another Technique from Minecraft Wiki,But I don't know if I would trust this though...

If zombies are always breaking your door,you can put a door down..Get some sand/Gravel and put it on top of the door,So that when the zombie breaks it the sand falls down!Or if you leave a while it will stay up there,I think.You could use this idea for villagers at night too because they're dumb and will open doors.

This is all I have time for guys...BYE!

#Stompy out
Posted by Unknown at 12:01 No comments: 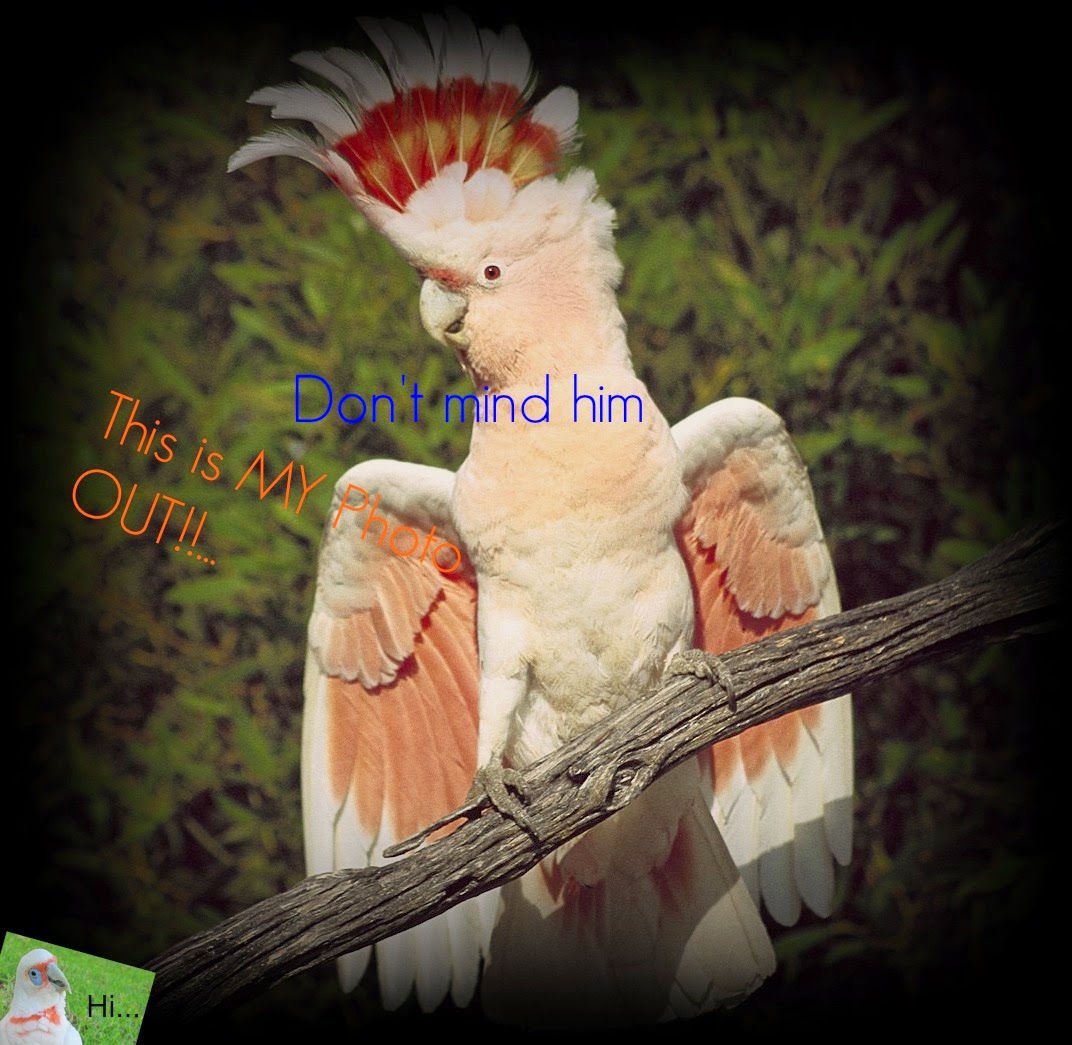